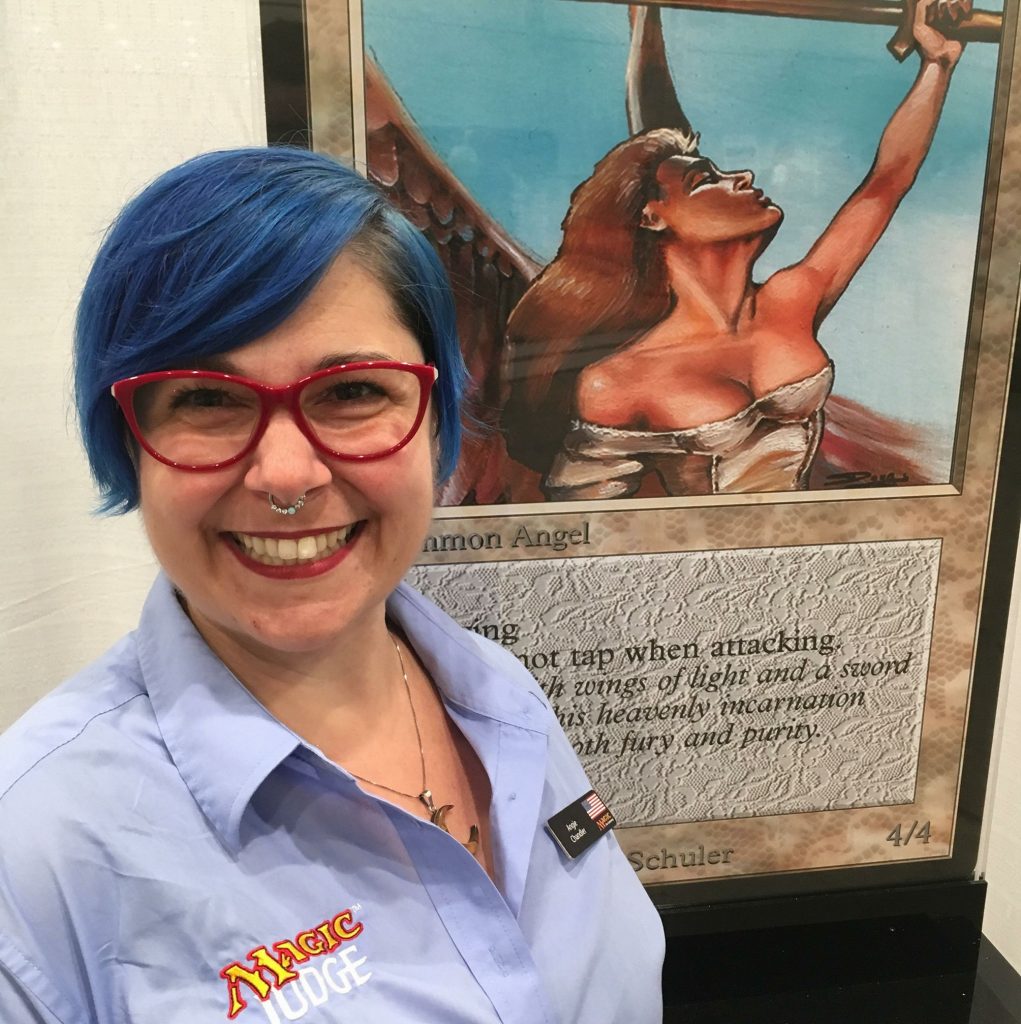 From everyone here at Judge Academy, we are so saddened to hear the news of Angela Chandler’s passing this morning. Angela is someone who many of us know from her days as Regional Coordinator, but especially here on the west coast of the United States, she was in many ways our west coast judge mom. Kind, but protective. Willing to help however she could, with words, with action, with love. She had a fierce passion for uplifting those around her and that usually meant everyone within her reach.

She loved this community fiercely and helped many of us find our place in the world of judging. Speaking more personally, many of us here at Judge Academy frankly would not be the people and judges we are if she had not been there to come alongside us. Her impact as a mentor to judges was felt widely and was usually quickly followed by strong friendships. However, you did not have to be a close personal friend to feel her warmth. Her presence, and not just her bright hair and smile, lit up any room she entered. Many judges around the world have stories of her mentorship, kindness and approachability.

After talking to some of those closest to her, we’ve decided to put together an online tournament to raise money for the GoFundMe in her name. It was created to help with the cost of tests and treatment, and pivoted to supporting her outstanding medical bills, end of life care, and funeral expenses. Any leftover funds will be put into a trust fund that has been set up for her two beautiful children, Ben (8) and Emma (5) to help ensure that they are taken care of as best as they can be during this difficult time.

That tournament will be held on October 24th, the day after Angie’s birthday (October 23rd). We’ll have more details as we get closer, but here’s what we know:

So far, those committed to providing prizes include:

If you are interested in helping with this in any way (participating, streaming, commentators, donating, prize support, etc.) please let us know. Angie didn’t often have time to ask for help, as she was always busy caring for everyone else. While she’s now at peace, we hope we can honor her memory, and give back to someone who has given so much to others over the years.