Welcome to our first edition of Academy Blog for 2023! One of the more ubiquitous judge stereotypes is that judges love corner cases and unique card effects. Now, obviously, this can’t possibly be true for every judge out there. That said, it does make sense that the group of folks that have dedicated themselves to mastery of the rules would be interested in the strange edge-cases of those rules. Many judges also believe that a focus on corner cases is a waste of time and not useful preparation for judging most tournaments. Each of these groups has a valid point of view, so today we’re going to navigate a middle ground. We’re going to look at an iconic card with a unique ability and with a ton of corner cases surrounding it. However, we’re going to do it in such a way that it teaches us some broader lessons about the precise rules governing how players cast their spells.

static ability isn’t all that weird. Plenty of cards allow the casting of spells at weird times and from weird places. Putting both together, especially with the unique effect of being able to cast it from the library while you’re searching that library can make for some pretty odd interactions. Let’s go step-by-step to see how this card works and where things can break down. 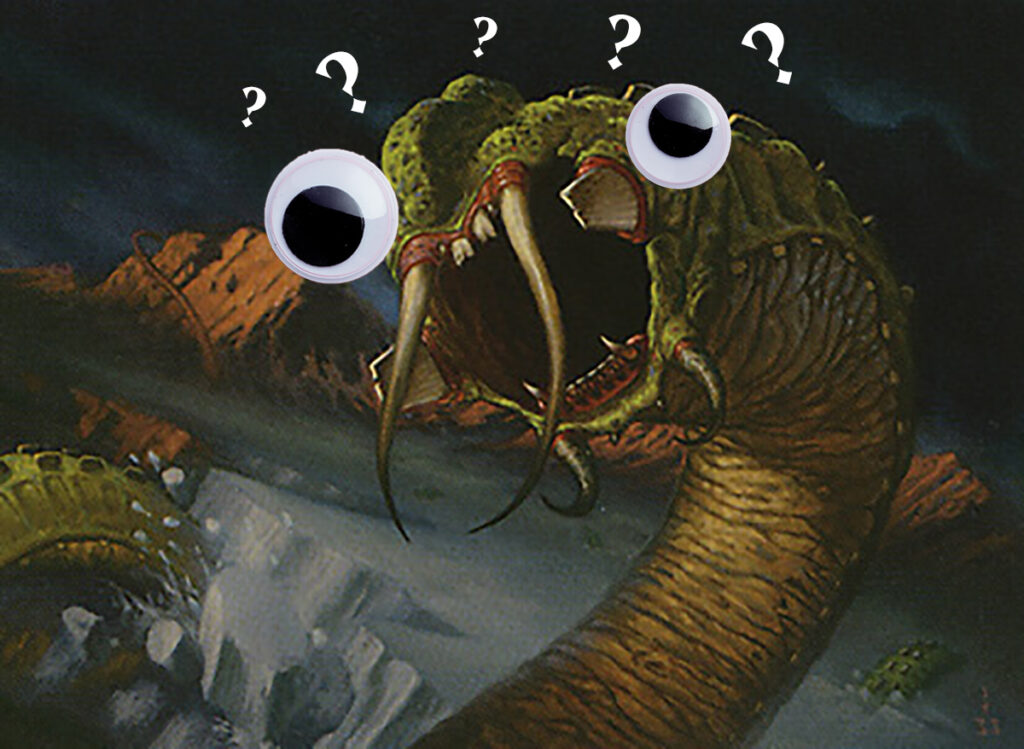 The Wurm’s effect requires you to be searching your library in order to cast it from your library. This can be accomplished through any number of means, say a Wooded Foothills

Rule 701.19 defines what a “search” is, but basically you need an effect that lets you search your library. Doesn’t matter what you’re searching for or how many cards you’re supposed to find, as long as your searching your own library (no Bribery here) 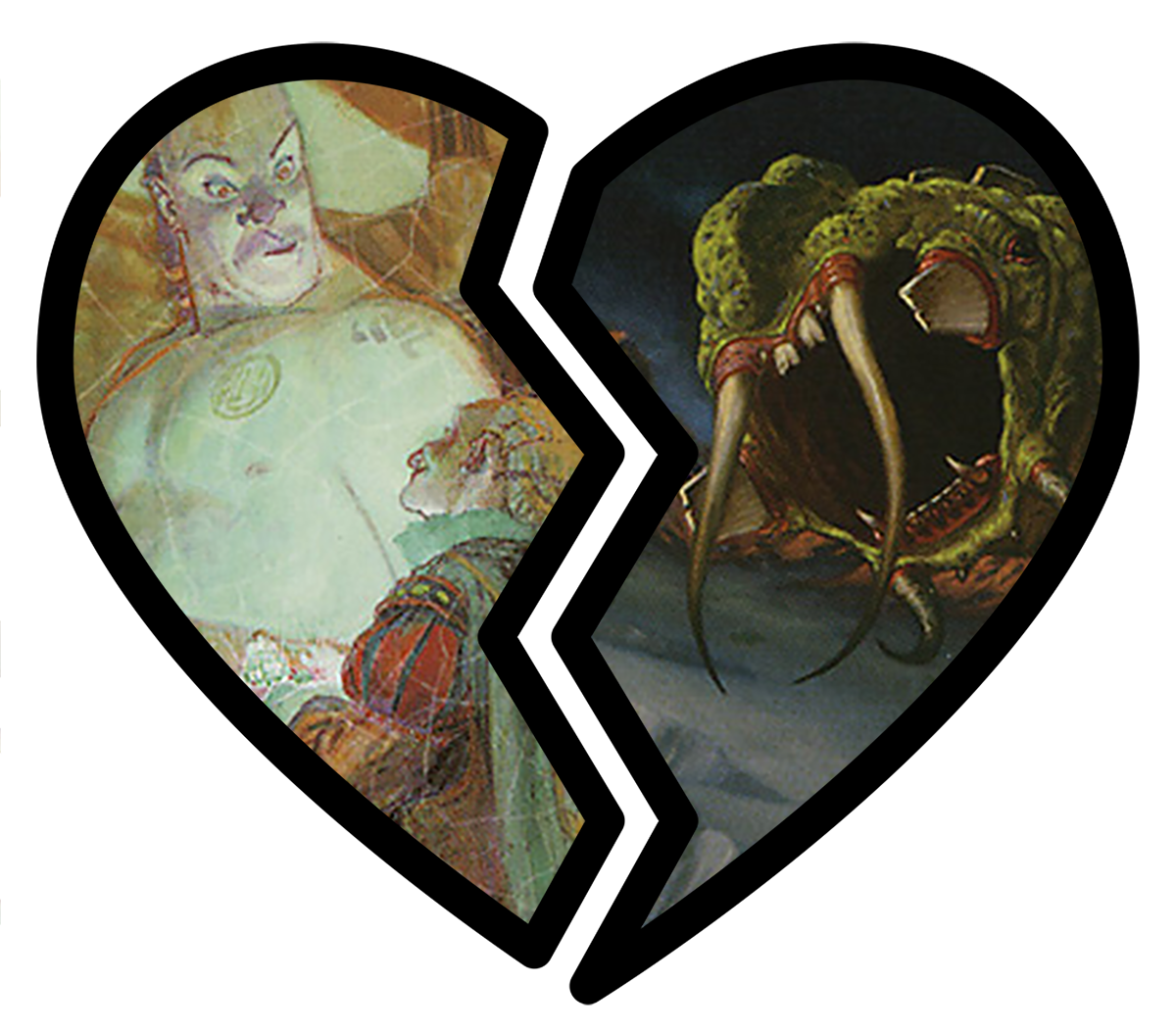 , you’ll have a window to cast your Panglacial Wurm.

Rules
To circumvent the location problem, let’s look at the Casting Spells section of the Comprehensive Rules. CR 601.3 combined with Panglacial Wurm’s static ability is what allows you to begin the “proposal” step of casting a spell, governed by CR 601.2 and its subrules. This is the same combination of rules that allows you to cast a spell with Flashback from your graveyard or the cards exiled by Light Up the Stage.

That’s the location problem out of the way. Now let’s look at timing.

Timing
The subrules 117.1a-d all define the exhaustive list of when players are normally allowed to cast certain spells or activate abilities, which would seem to preclude our ability to cast Panglacial Wurm during our search effect. Fortunately, CR 117.1 itself gives us an out: “Unless a spell or ability is instructing a player to take an action…” seems to give us a window to allow Panglacial Wurm to work. CR 117.2e also gives us a similar allowance. Also, many other spells and abilities in the game allow the casting of additional spells during their resolution, such as Rishkar's Expertise

or Bonfire of the Damned

(via its Miracle trigger). That solves the timing question, so our wurm can be proposed!

One More Thing About Searching, Though

Sometimes, the more elementary rules will provide some key insights when handling otherwise-advanced rules questions. CR 401.2 tells us a very important bit of information: “Players can’t … change the order of cards in a library.” A lot of corner-case Panglacial Wurm rules questions are answered by this relatively basic rule. The CR does *NOT* make an exception to CR 401.2 while a player is searching their library. Now, players in tournaments break this rule all the time during searches and aren’t penalized for it, since the library will be shuffled afterwards. Often, a rules question along these lines will attempt to use a card like Selvala, Explorer Returned

to cast the Panglacial Wurm from your library. Selvala has all players reveal the top cards of their libraries in order to determine how much mana she produces. Crucially, Selvala’s ability is a mana ability, so it can be activated during the casting of a spell such as Panglacial Wurm. Fortunately, the first step of casting a spell is to move it from the zone it’s in and place it on the stack. Thankfully, this means that the Panglacial Wurm has been removed from the library before Selvala’s ability interacts with that library. It is vitally important, though, that the Selvala and Wurm player follows CR 401.2 here and does not change the order of their library during the search effect (including during the casting of Panglacial Wurm). If they break the rule, it becomes a policy question and would be handled by the JAR or IPG.

Okay, I was hoping not to delve this deeply into any one corner-case question, but since Selvala came up, let’s go ahead and tackle this one. There’s a possibility that you activate a Wooded Foothills, start to cast Panglacial Wurm from your library, activate Selvala to pay for it – and not end up with enough mana to finish casting your Wurm. We turn to CR 729 for how to handle illegal actions, and it basically says to just back everything up. So the Panglacial Wurm goes back into the library, sure… but what about Selvala’s ability? It caused everyone to draw cards! Fortunately, the last part of CR 729 has us covered: “Players may not reverse actions that… moved cards from a library to any zone other than the stack…” means that we leave Selvala’s ability resolved, including keeping the mana it produced and the cards drawn, even as Panglacial Wurm returns to the library.

I hope this has been an interesting trip through one of Magic’s most iconic “weird” cards and that you learned something useful about how spells are cast. If nothing else, now you should be more prepared when someone invariably asks you about Panglacial Wurm. Thank you for joining me for this edition of Academy Blog! If you’d like to contact me, you can find me on the Judge Academy Discord server or by email to daniel@judgeacademy.com