When I first read about the return of the Pro Tour and all the qualifying events that would go into it, I was excited as a player, as a judge, and as a fan of the game.  More than anything though, I was thrilled to see Pro Tour relevant events taking place at the local game store (LGS) level. That excitement only increased with the subsequent announcement of CommandFests. The recent news about organized play is likely to bring a lot of people into local stores, and so I want to take a moment to talk about what that means for us as judges, in particular what all this means around building and sustaining communities.

For myself, and I think so many of us, playing Friday Night Magic at an LGS was where Magic changed from a game I played into a hobby I wanted to be a part of. The store had a nice layout, the games were well-run and the competition and prizes worked well, but it was the friends I made and the community I found that kept me coming back. The judge who welcomed me and wanted to make sure I was fitting in, the player who crushed me and then helped me rebuild my prerelease deck, the laughing and sharing stories after each match- that was what turned the store in my neighborhood into MY local game store- the place I felt a part of and connected to.

In the coming months, a lot of people are going to be coming to play Magic at an LGS for the first time, or the first time in years. Folks will come out for the Regional Championship Qualifiers, and that will likely increase interest in FNMs. Upcoming CommandFests may have more people coming to LGS commander events. That’s where we come in.

As judges, we can only do so much to get someone to walk in the door for the first time, but we have a lot of control over whether they come back. The atmosphere we create, the community we help to build or strengthen are big parts of what keep players coming back, turning the game store in their neighborhood into THEIR local game store. That makes the events a lot more fun, including for us, not to mention being a good reason for the store to want to keep us around.

Creating that community space starts with how we welcome people. When I see a new face I always ask if it’s their first time playing here, or at all, and offer any help they might need. I’ll ask about what brought them out, or if there is a card they’re hoping to open or what deck they’re playing. With people I recognize, I’ll chat a bit, maybe asking them how their last events have been going, if they’ve changed their deck, or wishing them better luck with their lands if they had problems last time. These aren’t going to be long conversations, and some people I just might not get to, but it can mean so much to a person to be personally greeted like that.

Opening Announcements are also a big part of what sets the tone for the event. At an RCQ or other competitive rules enforcement level event those announcements may need to be a bit formal, but for a prerelease, or a Tuesday night modern have some fun with the announcements. Offer a high five to anyone who can beat the player who was undefeated the last few weeks, welcome new players.  Carry that energy into all of your communications with players. 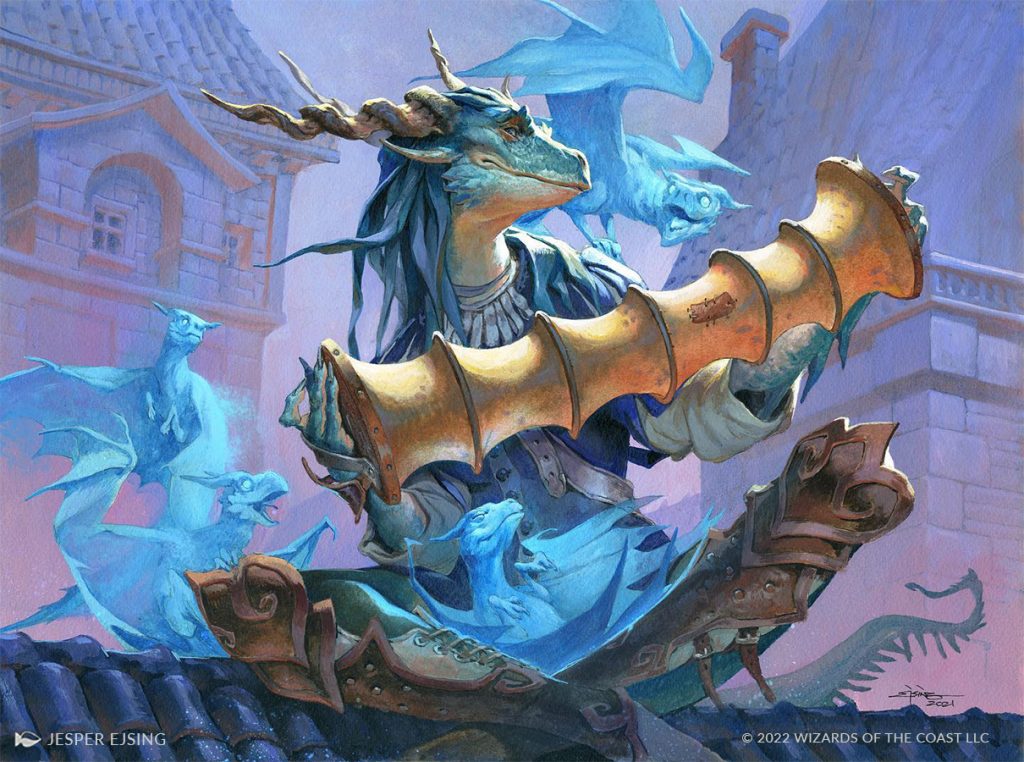 At stores where the TO listens to your feedback about events, there are lots of ways to make things more interesting and help build connections among and between the players. Organize a charity event, hold chaos drafts one or two of the weeks before a set rotates. I’ve seen stores hold sealed leagues, or commander challenges, where players get rewarded for the most interesting deck or have to build to certain specifications one week a month. Activities like this give your particular store unique personality and character that makes players want to keep coming back.

As with almost everything I write about community judging, these are general ideas and each store and situation will be different. My goal isn’t to tell you that you must build a community the way I do. I just want to share my excitement at all the great opportunities for LGS communities that are coming up, and hopefully inspire you to find what works best for you, your players, and your store.

Most importantly: if you come up with a fun idea, let us know! You can email me directly, or go to our Judge Academy Discord to share ideas, ask questions and talk with other community building judges all across the world!