You know they say all opening announcements are created equal, but if you have been to a large number of events you can see that statement is not true.

Ok fine, they don’t actually say that and if you’re a fan of professional wrestling you are certainly already wondering what this is all going to add up to. The first part of this equation is:

What Opening Announcements Actually Are and What Their Intended Purpose Is

The majority of events you attend, everything from a Pro Tour to a local FNM, someone has some words to share with the attendees about the day. At a Pro Tour your head judge walks you through the structure of the day and what to expect. Someone at your local store is likely to include information about upcoming events.

But why did I start this article like this? What does it have to do with professional wrestling?

The answer to both of these questions is “cutting a promo.” 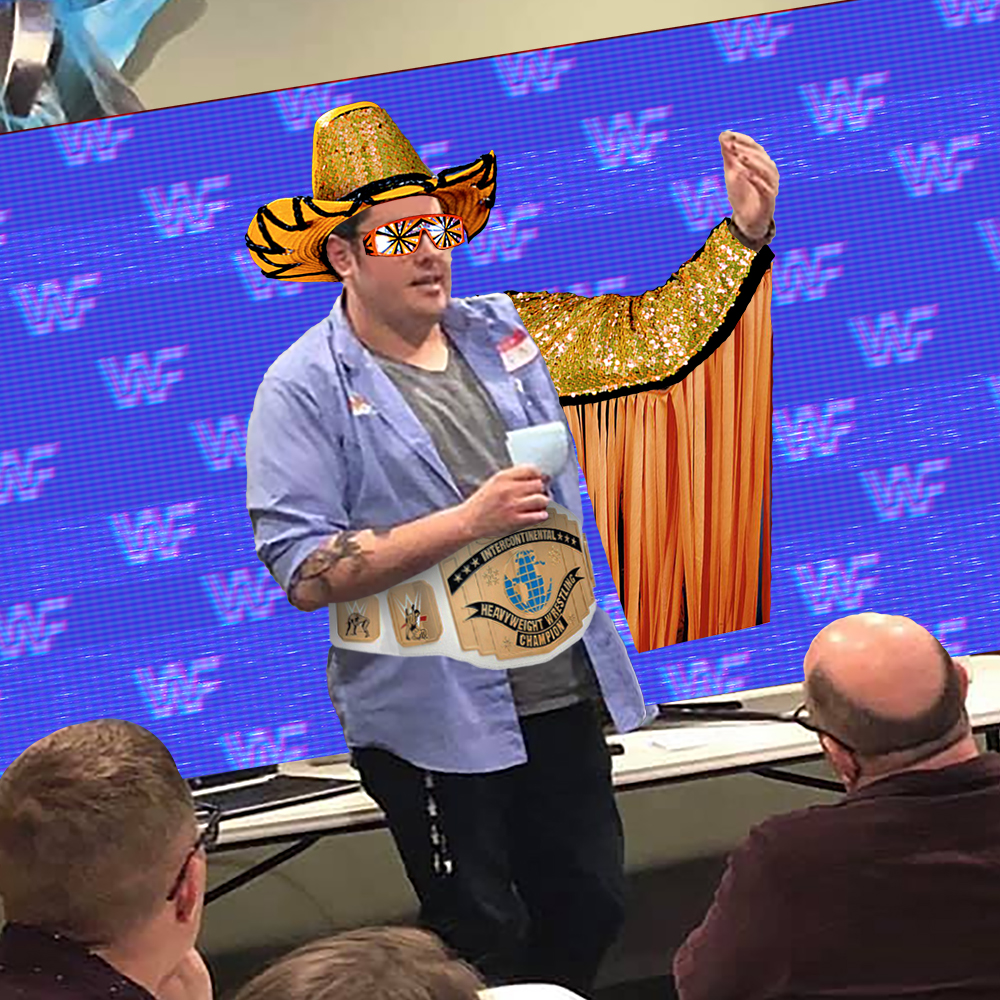 A wrestling promo (or just promo) is short for “promotional interview.” They are short monologues or dialogues presented between matches on television. These performers and writers (Yes, writers – it’s fake. I’m sorry you had to find out here, but so is Star Wars and people still think that’s cool!) use promos to do everything from establish storylines, develop characters, and in a lot of cases be a tiny commercial for the next event. Similarly, your opening announcements can be a tiny commercial for your event.

While following one of these wrestling promos too closely as a script of sorts will likely result in the misuse of your store’s folding chairs, there is some stuff we can learn here. A person in your event is patient and has a good attention span…people in your event do not. It is important to be engaging, clear, and concise. Wrestling promos deliver a lot of information in, generally speaking, a very short amount of time between matches.

Have you ever heard of the most electrifying man in sports entertainment, Dwayne “The Rock” Johnson?

No, really. The Rock is one of the most popular entertainers on the planet and is widely regarded in wrestling communities as one of the best talkers to ever perform. Dwayne is a fast-talker and uses pauses in his cadence to great effect, allowing the audience to process and react before continuing. I bring him up because I was (am) also a very fast talker; speaking quickly combined with a dash of anxiety made my announcements far less effective. At a mentor’s suggestion I started watching some of The Rock’s promos to see this effective fast-talking in action. Personally I took away a lot, my announcements these days carry a high level of energy and I take breaks where I need players to process a major piece of information like rules enforcement, number of rounds, or instructions about decklist collection.

A well-delivered opening announcement makes your players feel familiar with you and it sets the tone for their tournament. This is a great opportunity to really put your stamp on an event and make it your own, just don’t throw any steel chairs.

If you’re interested in brushing up on what goes into making announcements you can check out our aptly titled module “Making Announcements” as well as our Judge Checklists.